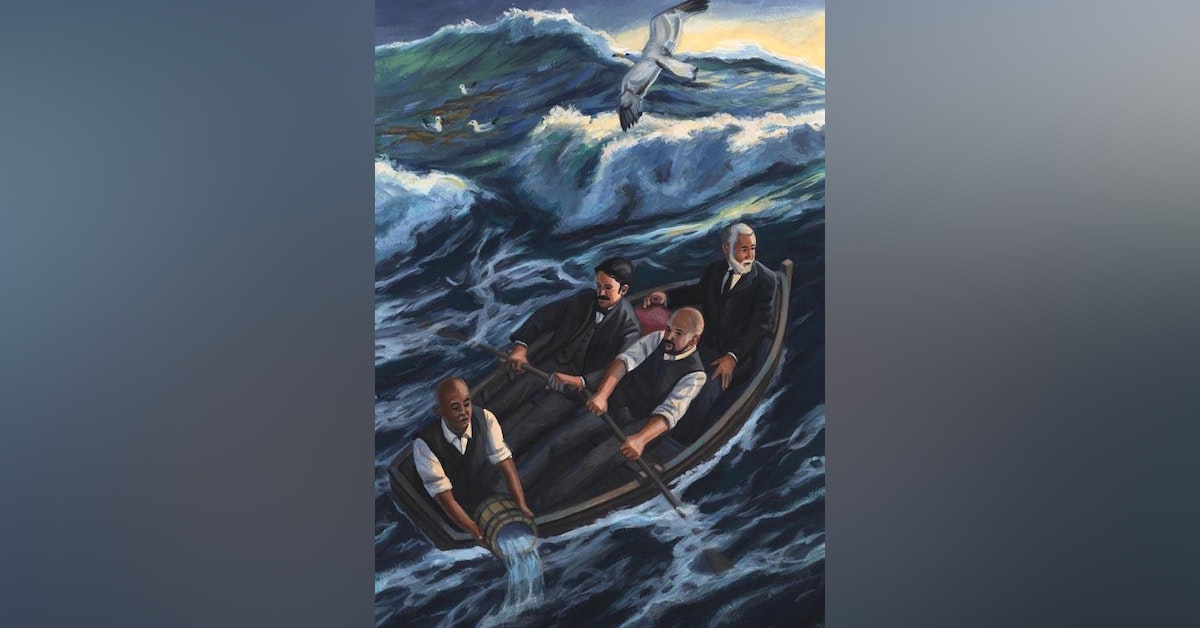 After being given $700 in Spanish gold by some newspapers, a 25-year-old Stephen Crane set out for Florida, where he planned to travel by boat to Cuba and cover the impending Spanish-American War as a war correspondent. But the steamship he boarded capsized after hitting some sandbars, forcing Crane and 28 shipmates - most of them arms runners friendly to the Cuban insurrectionists - into lifeboats and head into the open sea. Crane was one of the last to leave, and he wound up sharing a dinghy with the ship's captain and two others. While he didn't get to cover the war, the story of the four men, who struggled for days to survive without being rescued, helped add to Crane's growing literary fame. In this episode, Jacke explores (and reads in its entirety) the classic Stephen Crane story of shipwreck, "The Open Boat."