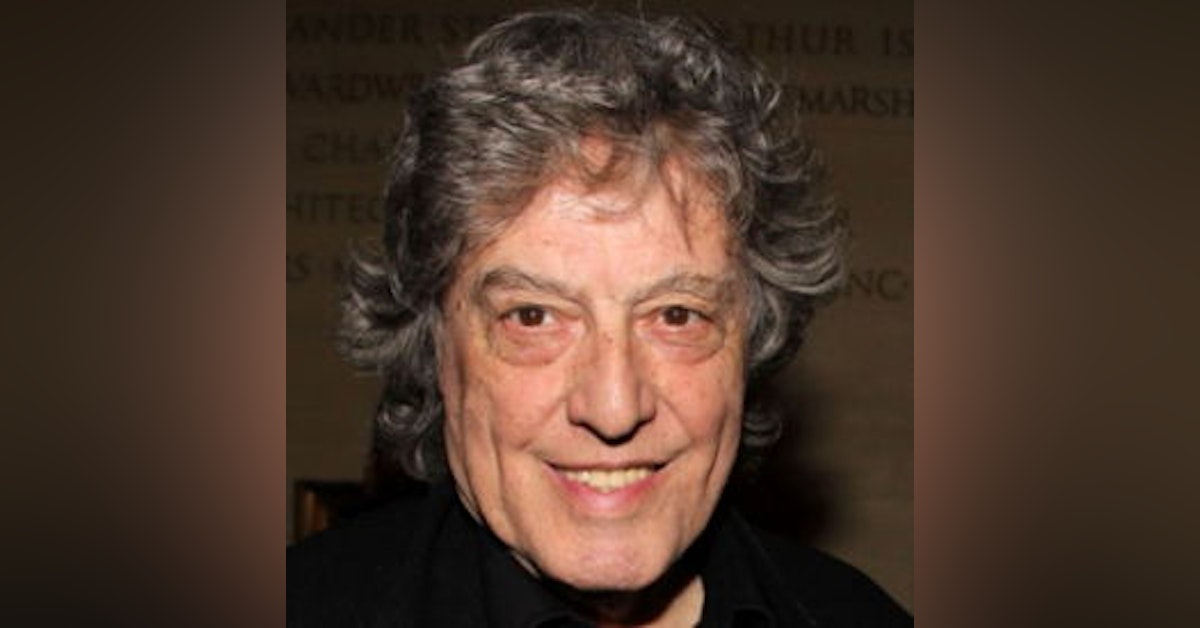 Born Tomáš Sträussler, in what was then Czechoslovakia, celebrated playwright Tom Stoppard (1937- ) became one of the best known British playwrights in the world. Known for his with and humor, his facility with language, and the depth of his philosophical inquiries, he found success with plays like Rosencrantz and Guildenstern Are Dead, The Coast of Utopia, The Invention of Love, and The Real Thing. He has also been a successful writer for radio, television, and film, with scripts like Shakespeare in Love and Indiana Jones and the Last Crusade benefiting from his eye for drama and ear for dialogue. In this episode, Jacke talks to television producer and playwright Scott Carter about his admiration for Tom Stoppard's life and works.