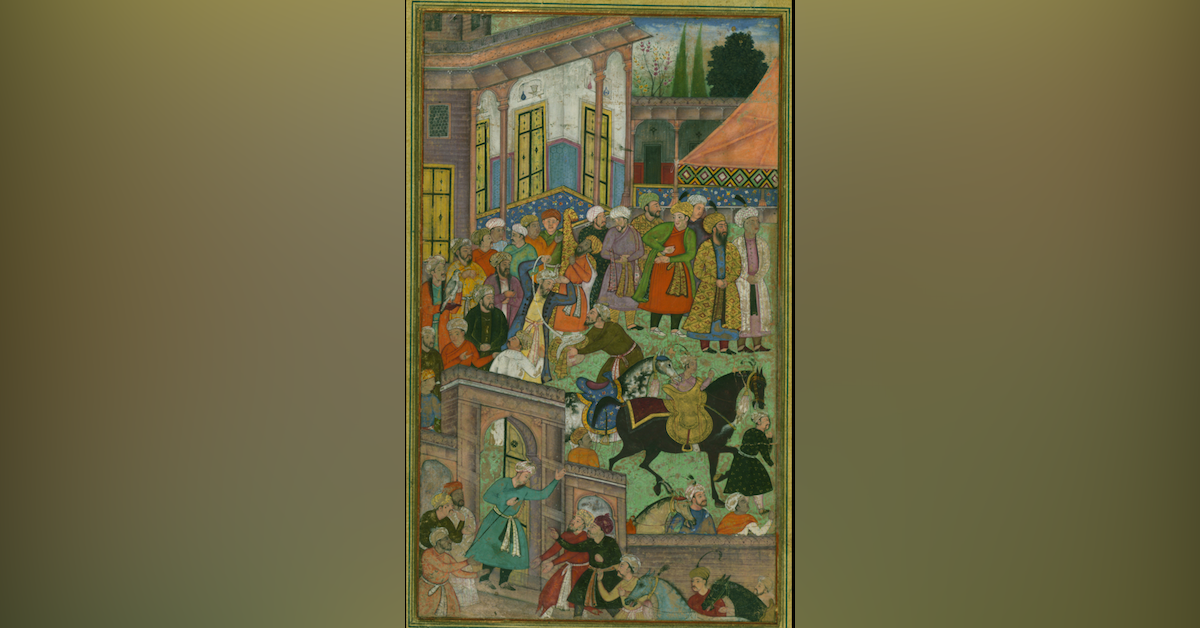 The warrior and leader known as Bābur (1483-1530) had the kind of life one might expect from the descendant of Timur (Tamburlaine) on his father's side and Genghis Khan on his mother's. Elevated to the throne at age 12, and thrown into a world of battles and defeats, he eventually founded the Mughal Empire in the Indian subcontinent. In his quieter moments, he wrote his memoirs (also known as the Bāburnāma), an astonishingly sensitive portrait of life, leadership, and the natural world. Generally regarded as the first Islamic autobiography, the Bāburnāma continues to impress with its observation and insight.

In this episode, Jacke talks to Nepali author Anuradha about her new book, The Story of Babur - Prince, Emperor, Sage, in which she retells the Bāburnāma for children, accompanied by beautiful illustrations by Jane Ray.